Bitcoin has breached $690. Needham is out with a research paper with lots of pretty charts setting a target of $848. Here’s a one month chart of Bitcoin vs Gold. 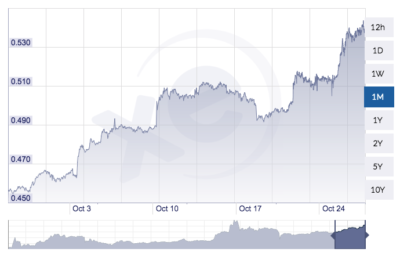 But the real news of the day is the launch of a new Cryptocurrency called Zcash. Zcash has nailed the hype machine. They are releasing the first 100 coins today. Zcash insiders are positioned to cash in large as the unwashed masses fight over those 100 coins. The first few coins started trading moments ago.

Here is a live feed of the developers during launch (screenshot below). Notice it looks like it’s a set from Silicon Valley. You cannot make this shit up. 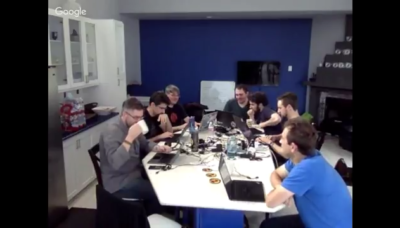 There are now over 700 Cryptocurrencies in the world, or just over double the number of officially recognized fiat currencies. This is fucking stupid and unsustainable. They will consolidate.

20 years as an IT consultant. Escaped the rat race in 2015. Addicted to travel and tacos.
@coinspeak_io
Previous 10 reasons Trump will win
Next Bitcoin to Supermoon